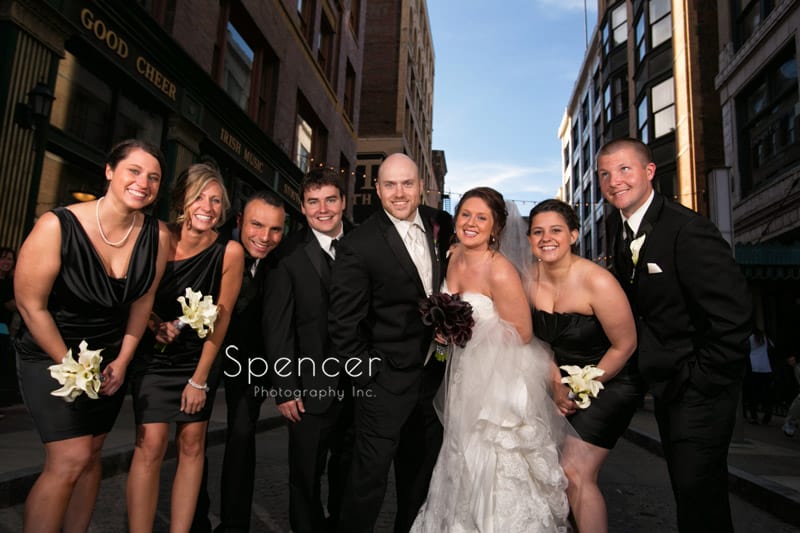 Built in 1892 as a FirstEnergy Powerhouse it “once provided power for the Woodland and Westside Street Railway Company. With the massive proliferation of the automobile during the 1920’s the building closed. After that time the vase building became home to a barrel reconditioning plant and later a warehouse.” according to their website.

Located on the West Bank of the Flats, Windows on the River can be considered an out of the box and unique wedding ceremony location in Cleveland. Connected to the Cleveland Aquarium, Windows offers a lot in regards to wedding day photos. With it’s tall windows and industrial interior, it could be considered the first “warehouse” wedding site, industrial becoming the new trend in weddings.

Weddings take place in the same room as the reception. A huge room with tall windows reveal the cityscape of Cleveland in the background. Steel beams, rivets and bricks abound in this space.  The bride can walk down the steps to meet her groom in dramatic fashion. It truly is a different approach to your ceremony.

Also, it is perfectly situated for location wedding pictures. Not only can you use the interior of Windows on the River and the Aquarium, which is awesome, but the West Bank of the Flats is a very popular spot for wedding pictures of couples that want a more urban approach to the wedding images. Superior viaduct is, literally, right overhead. The Nautica Entertainment Complex is within walking distance. It’s not uncommon to walk onto the deck of Windows on the River and hear music being played (I think it was Rick Springfield that last time that I was there). Music Box Supper Club is right across the parking lot. The entire area has an urban industrialized aesthetic (no country club weddings in this area). See our favorite wedding pictures in Cleveland.

And, like all of the Cleveland wedding venues that I’ve spotlighted so far, Windows on the River can also host your wedding reception. Receptions are what they are known for and Windows has perfected them over the years.

The space completely transforms after dark. The Cleveland skyline is, literally, your backdrop throughout the evening. Very spacious, your guests will have plenty of room to mingle, dance and have fun. They can even catch a glimpse of a shark swimming by as they hang out in the hallway. A separate bar area gives you even more space and an area for guest to hang out away from the dancing and music. 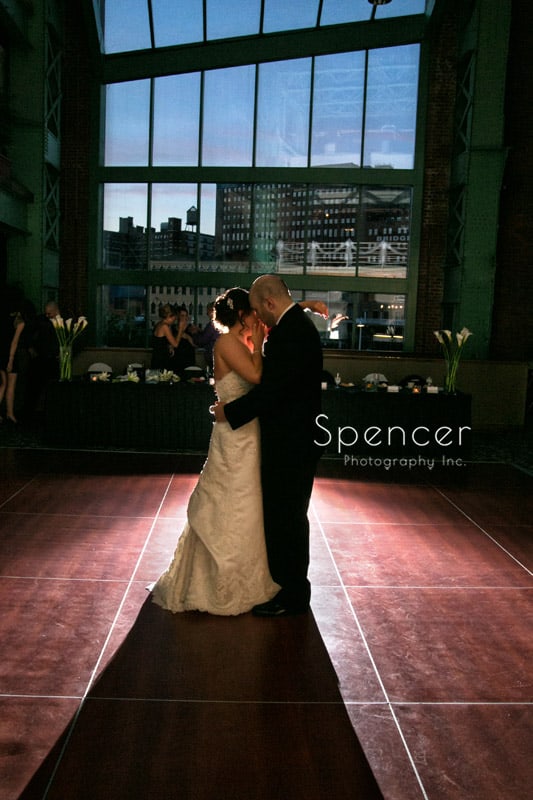 One of Many Great Cleveland Wedding Locations

Cleveland has a ton of great wedding venues.  The best enable you to have your wedding and reception in one spot. If an established wedding venue that is in the warehouse district and has an industrial vibe is what you are looking for to plan your wedding day, Windows on the River is a great choice.