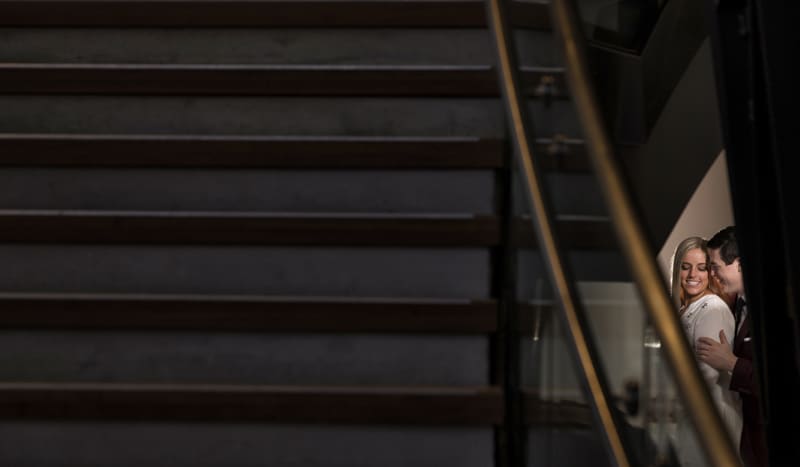 Alex and Meredith decided to start at the Hilton Cleveland downtown engagement pictures. It's a fairly new wedding reception venue in Cleveland. It's modern very cool. We could have spent their entire engagement session in Hilton Cleveland downtown. It's a great space for pictures. We explored the space as best we could, and then proceed to the Cleveland Renaissance. They will be having their wedding reception at the Renaissance so we wanted explore that…