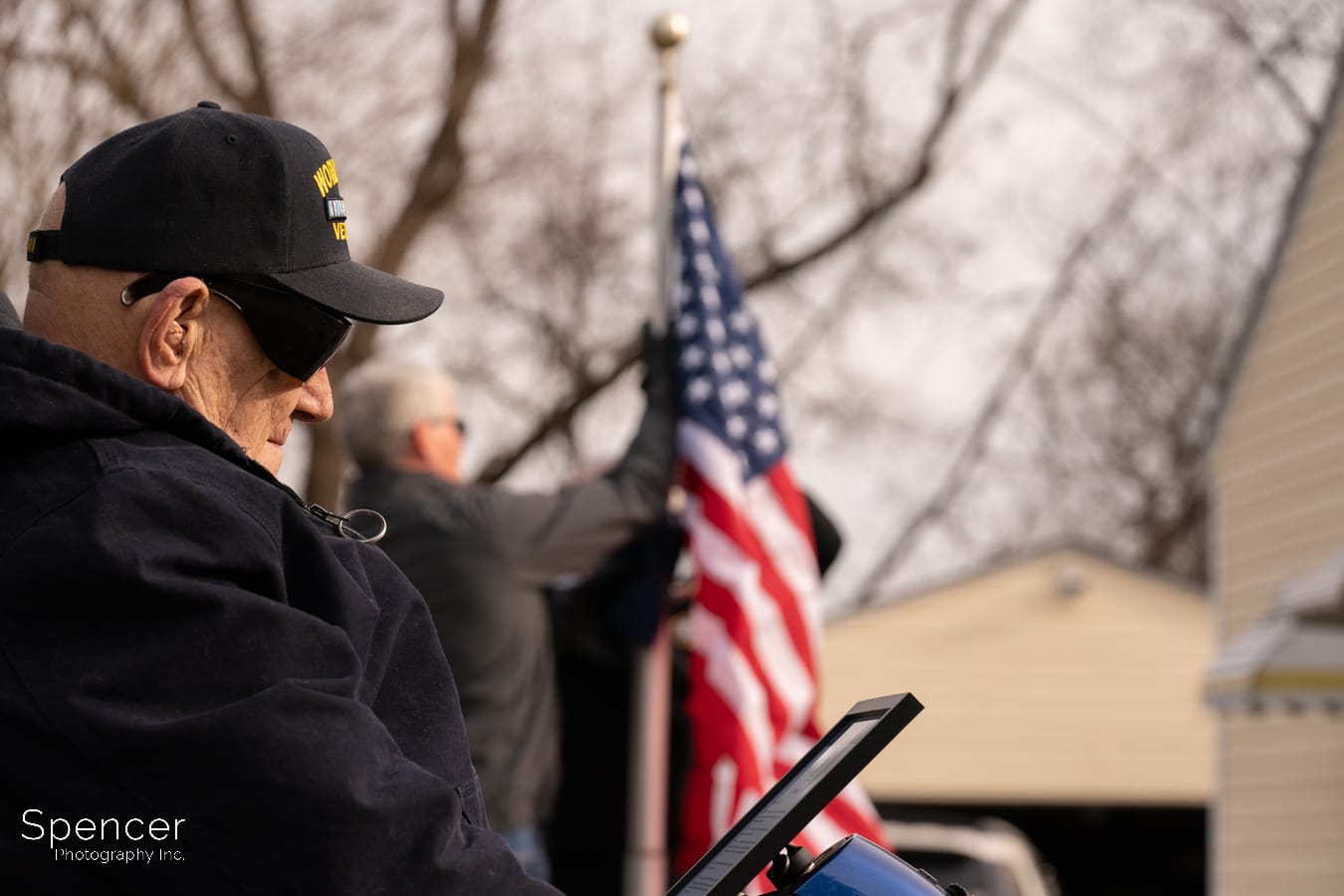 Yesterday, I had the honor of documenting the Proclamation of George Stenger Day in Akron, Ohio.

George was born in 1926  in Mount Holly Springs, Pennsylvania, which is 25 miles north of Gettysburg. He graduated from Bellefonte High School in 1944 and joined the United States Navy two weeks later. He was honorably discharged in 1946. George has lived his whole post-war life in Akron, Ohio. He is well respected and loved by his neighbors, one of whom recommended him for the proclamation.  As a proud Navy veteran, George flies a U.S Flag and as U.S. Navy flag at his home in Akron. The one that he had was well worn. So, it was to be replaced during the ceremony.

The mayor of Akron honored George with a Proclamation making December 17, 2021 “George Stenger Day” in Akron, Ohio. In addition, the United States Navy gifted George with brand new flags and officially retired his old and tattered ones.

Georges family, friends and neighbors gathered for this momentous event. Representatives of the Akron Police Department, the Akron Fire Department and The United States Navy were all in attendance.

I want to congratulate George for this great honor and thank him for his service to our country. Here are a few images from the event. 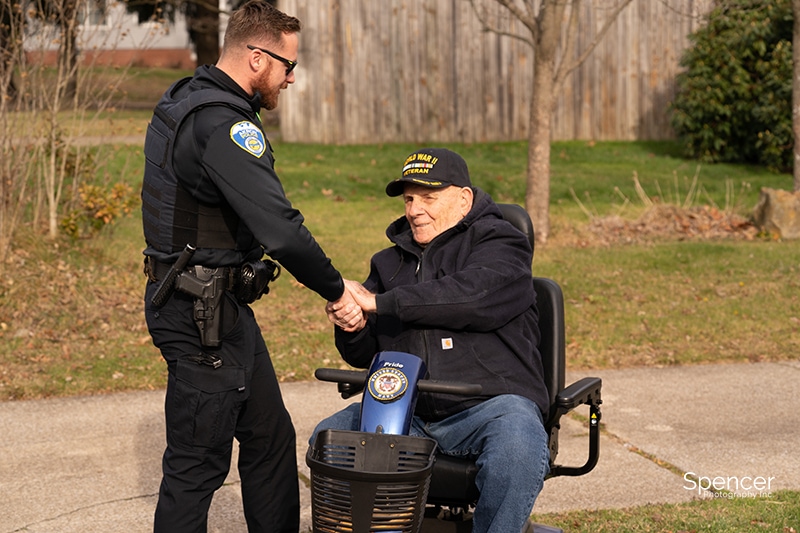 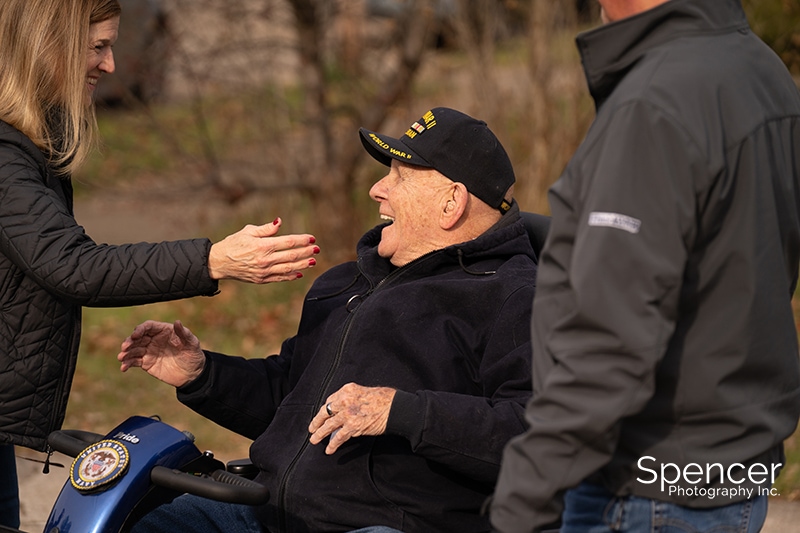 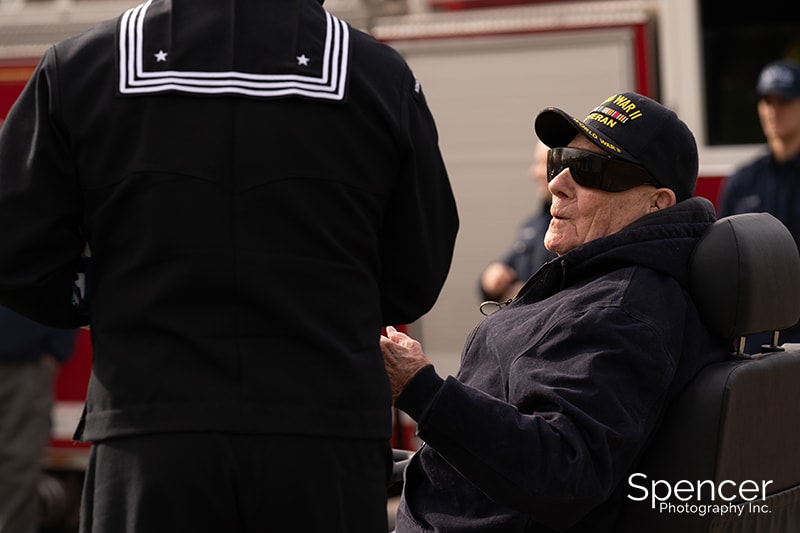 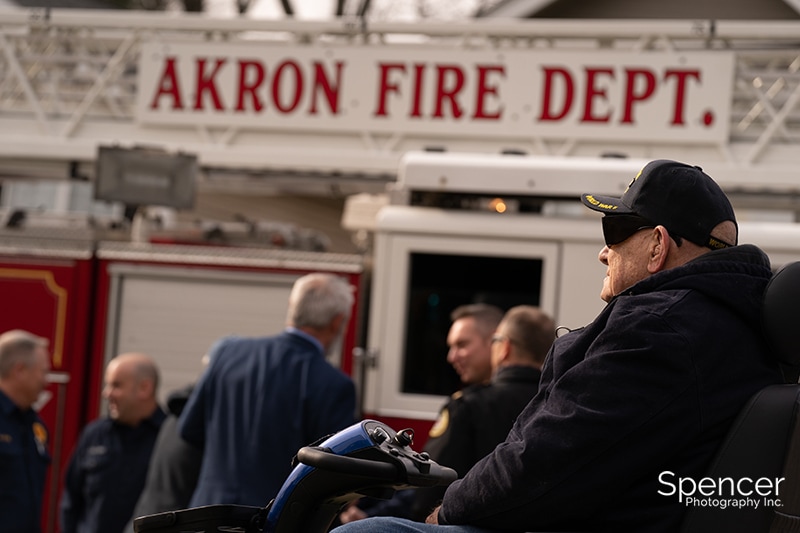 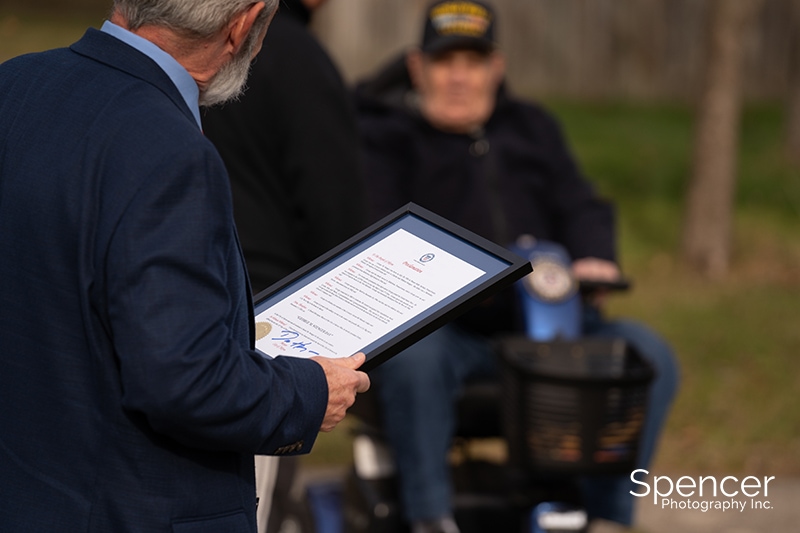 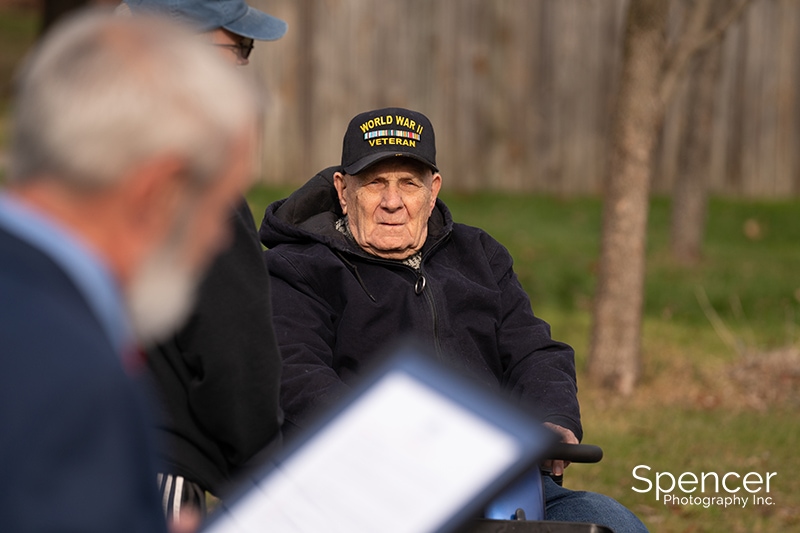 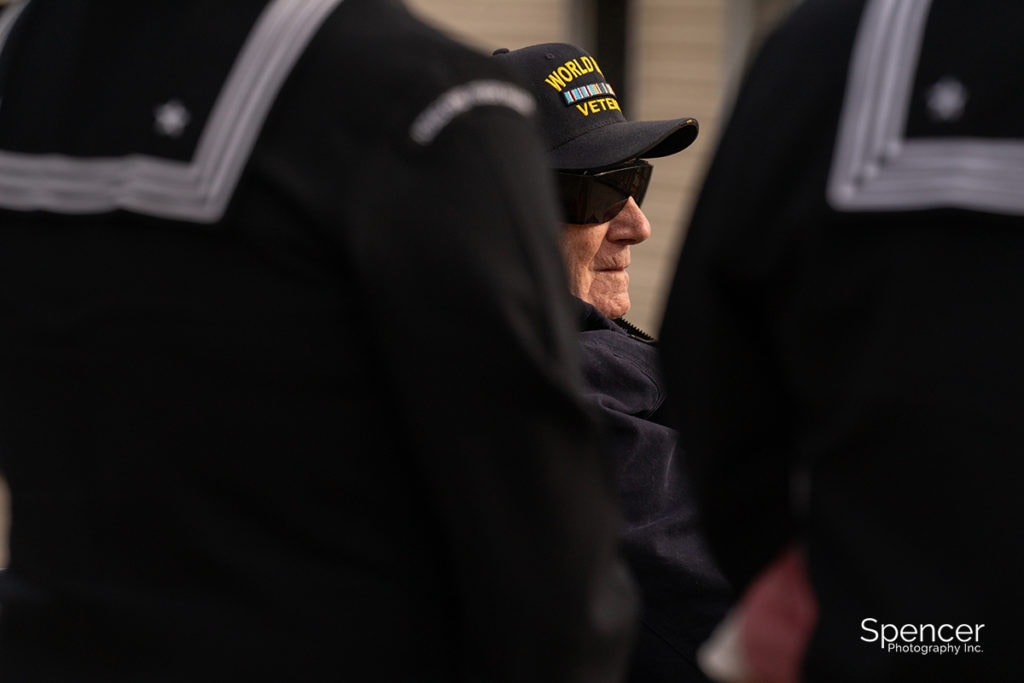 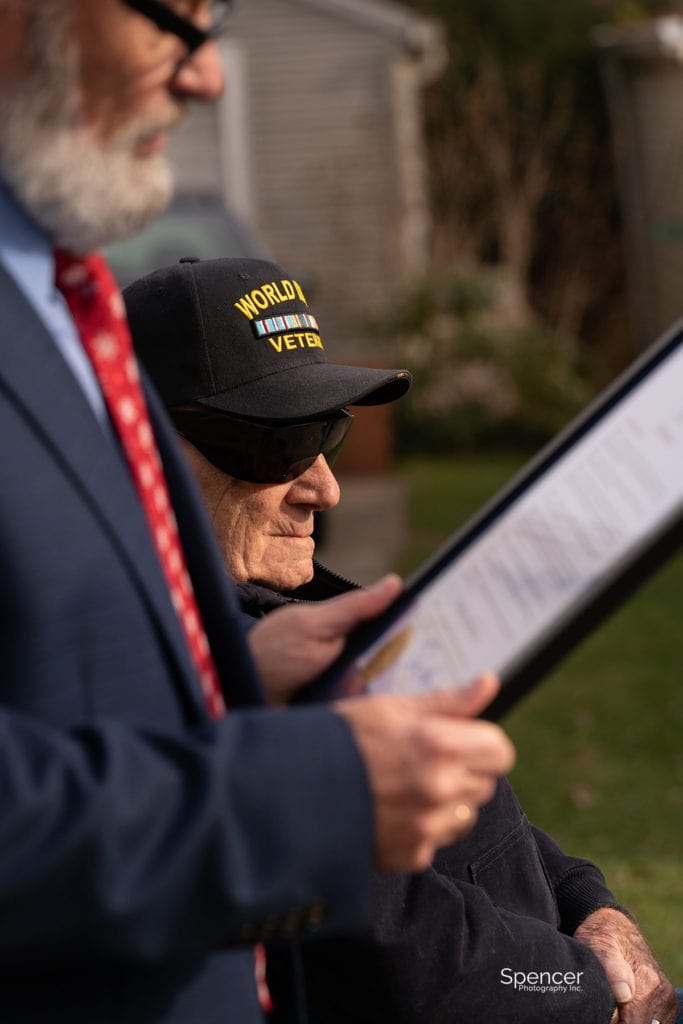 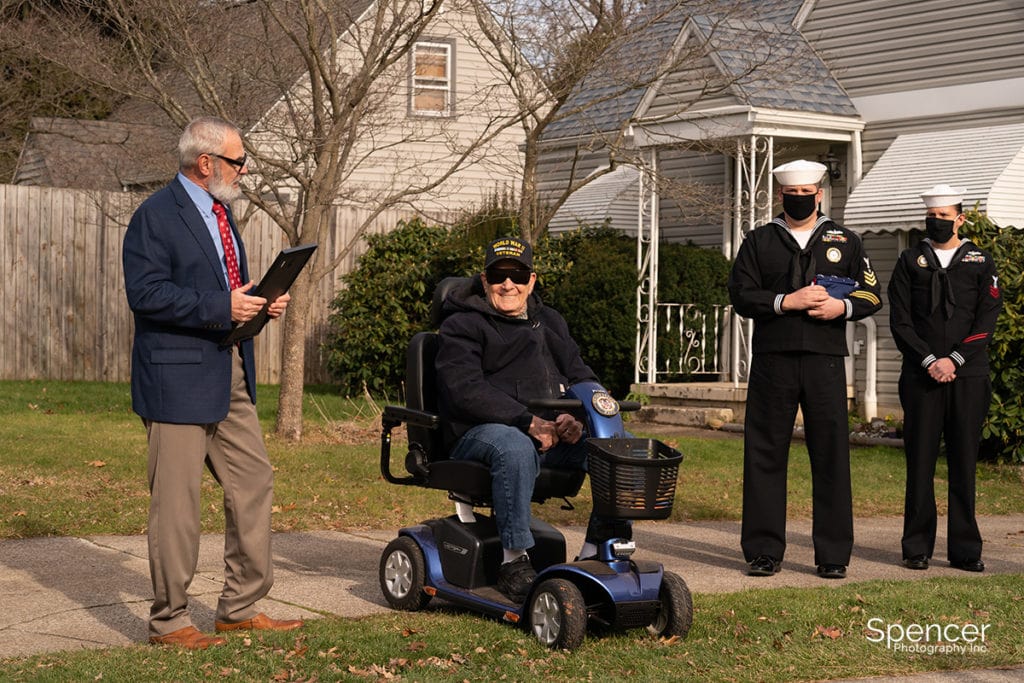 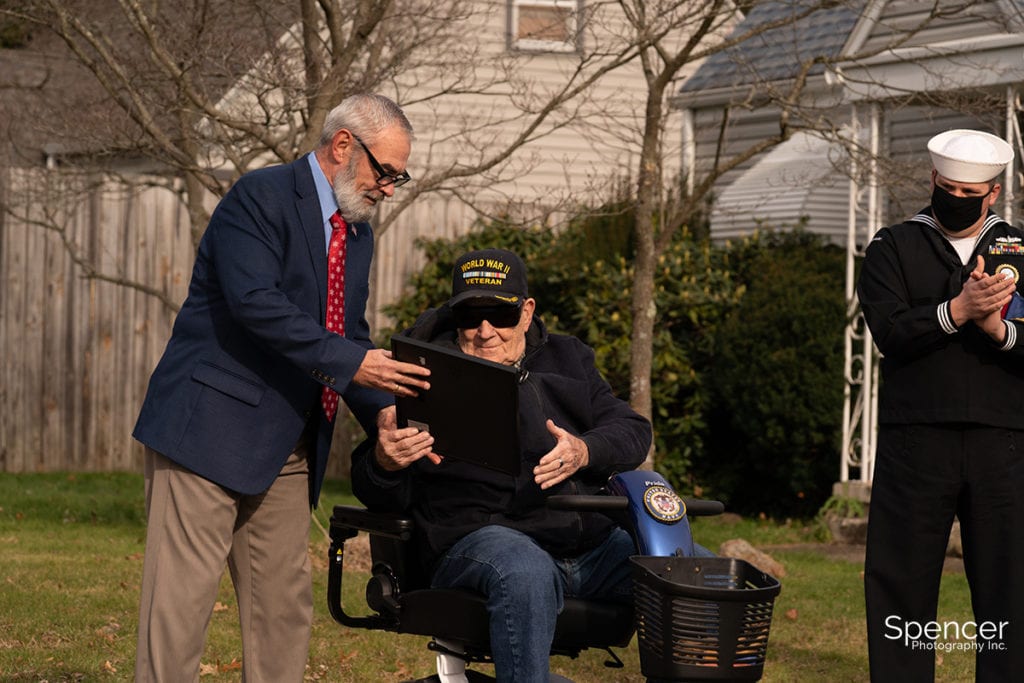 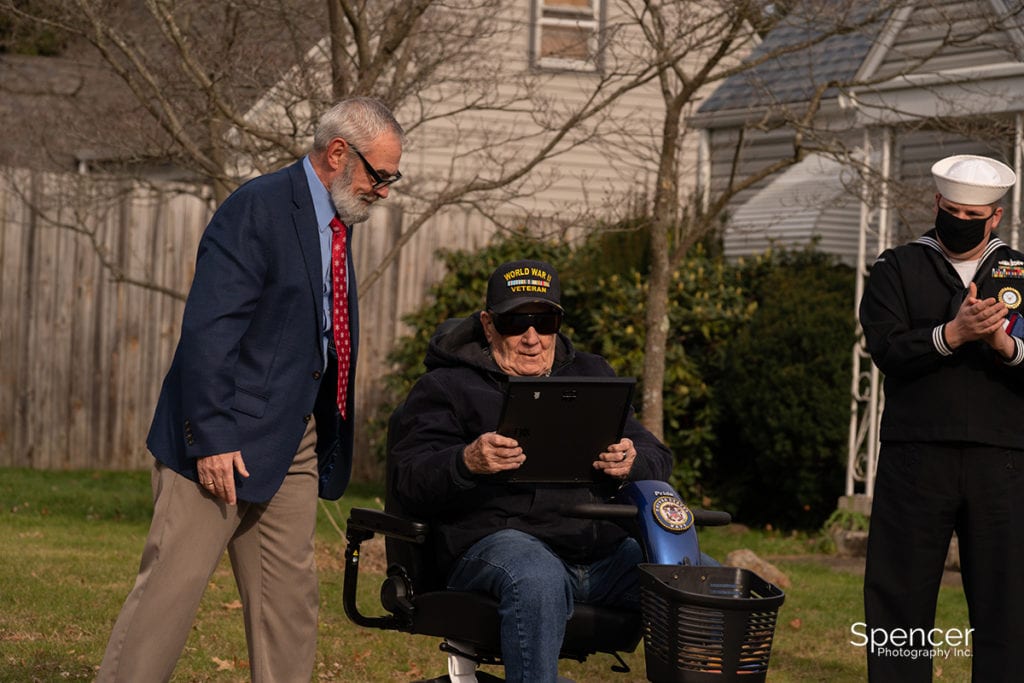 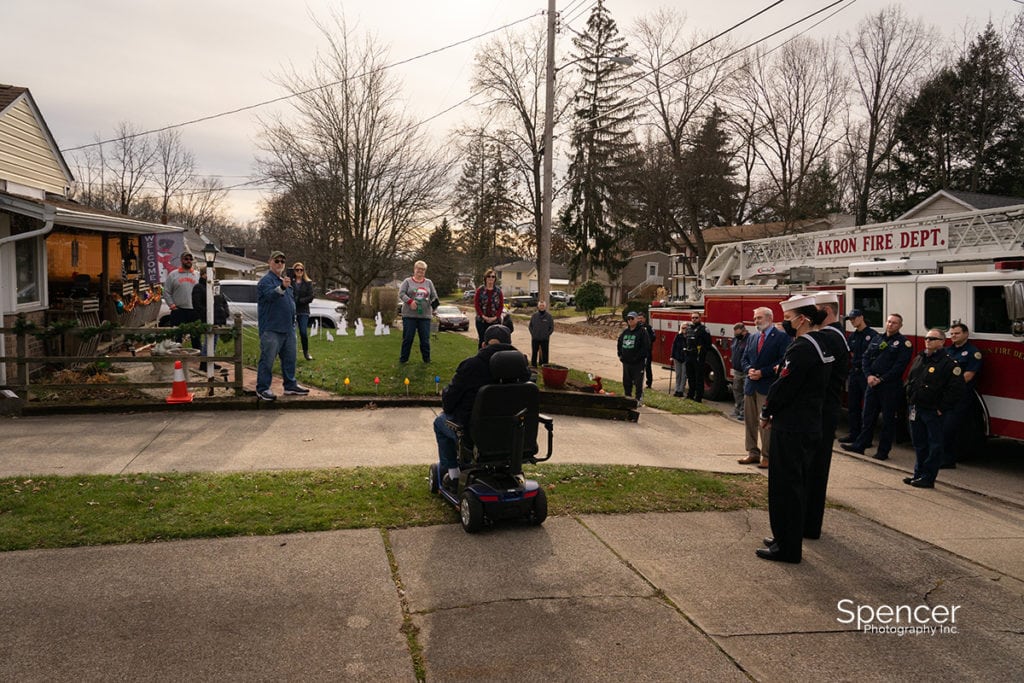 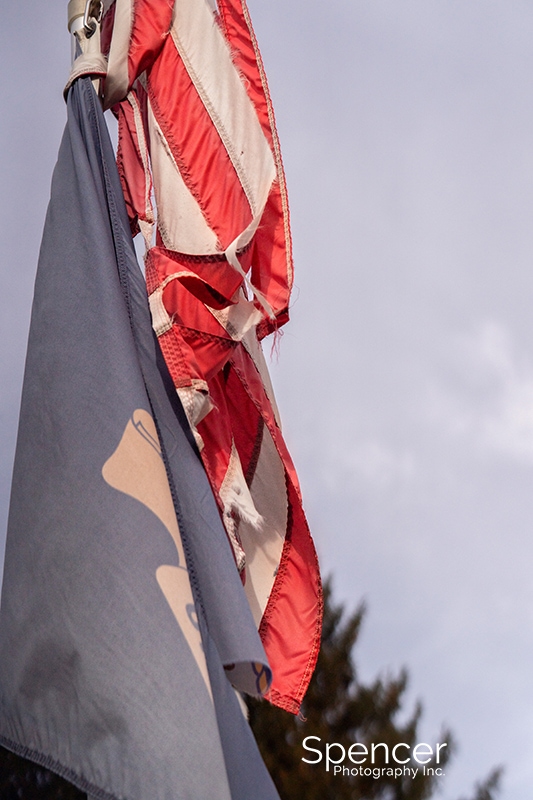 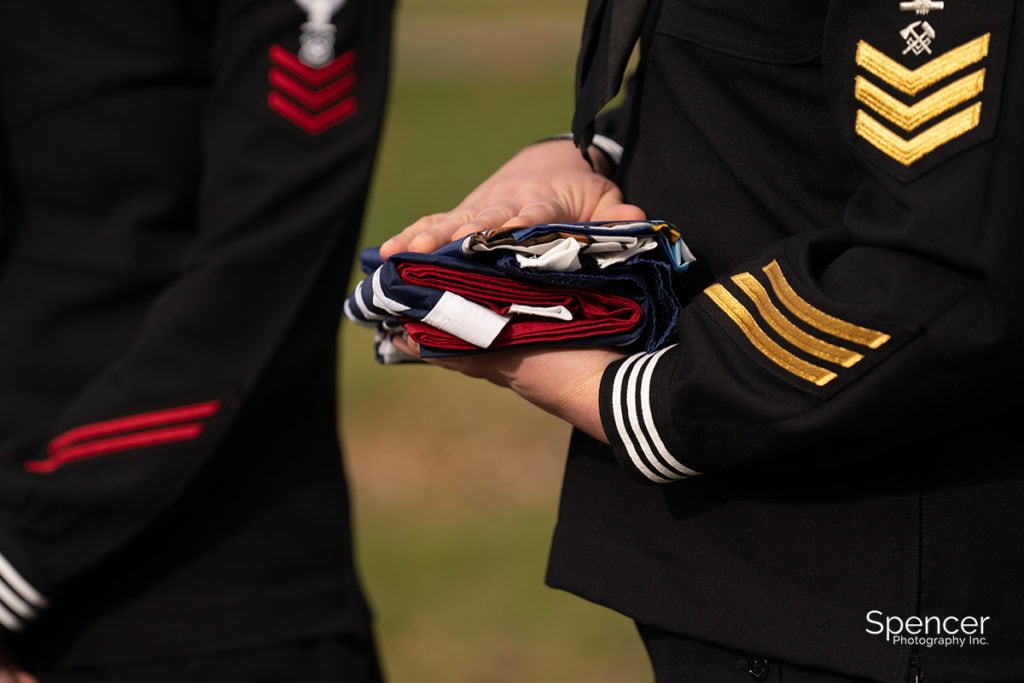 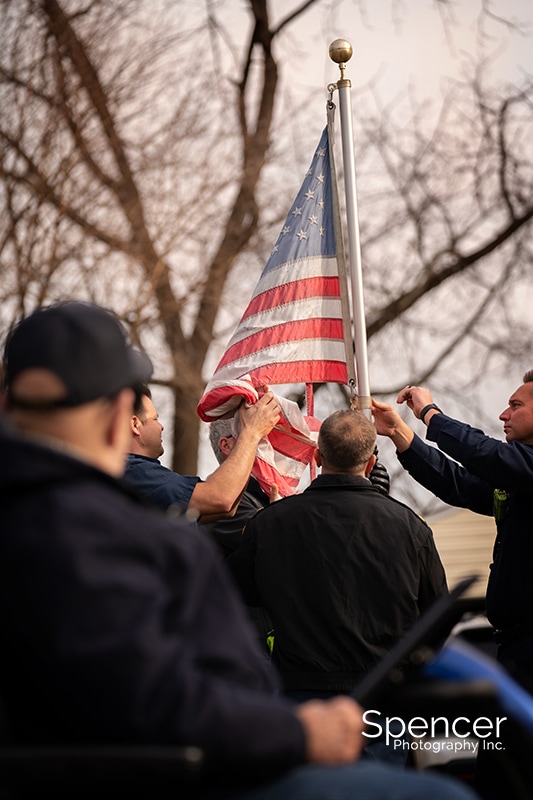 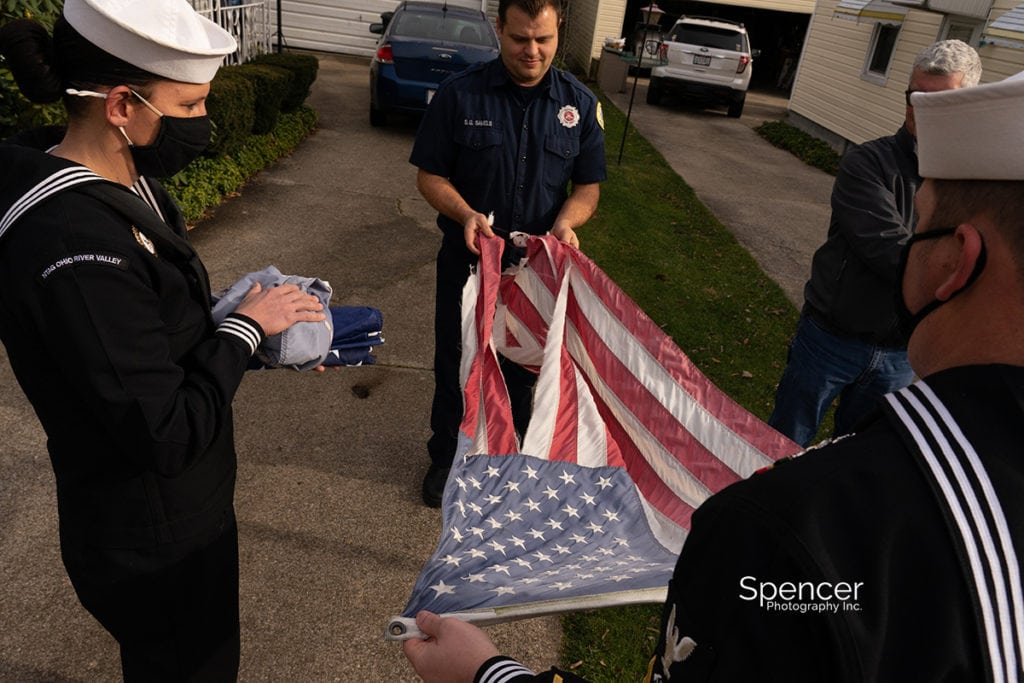 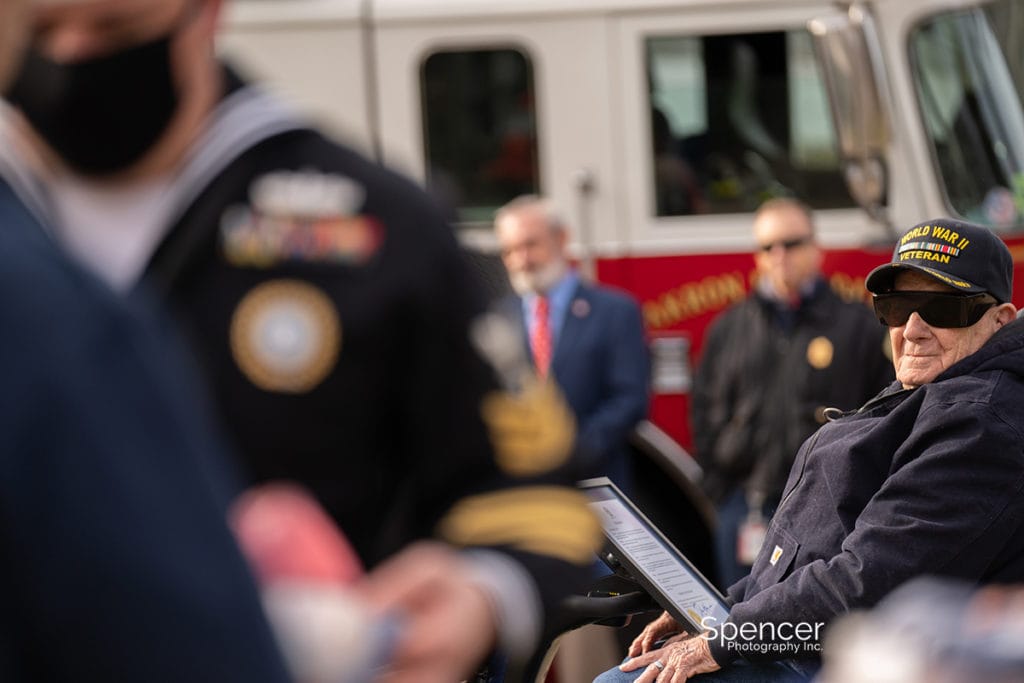 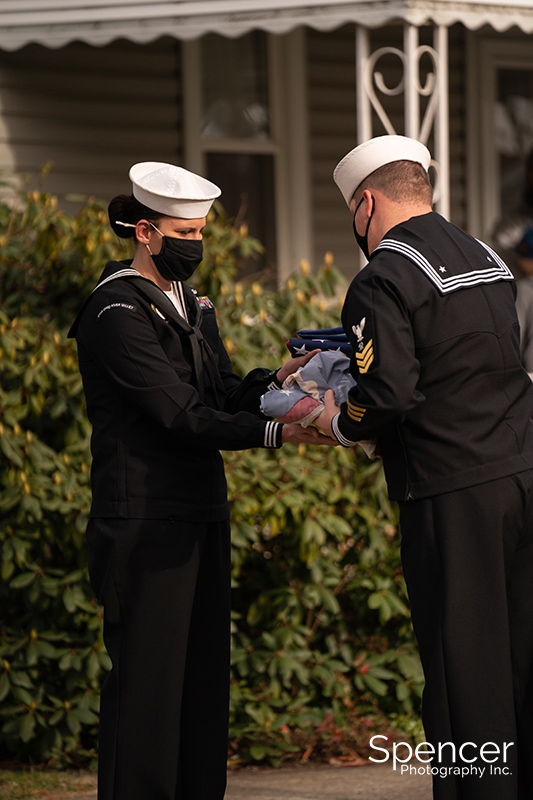 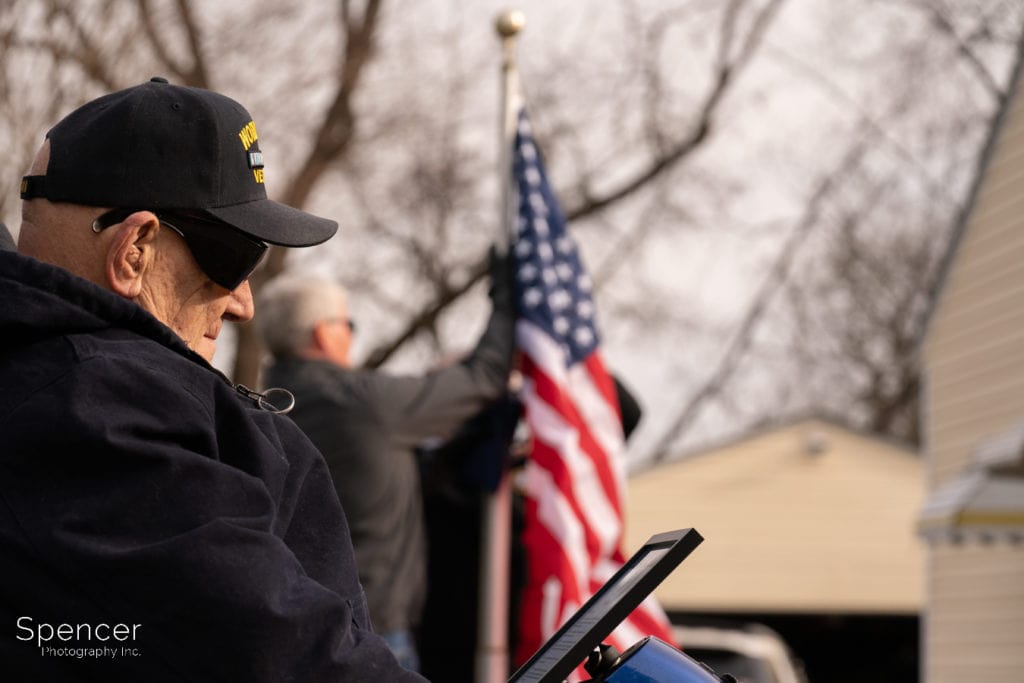 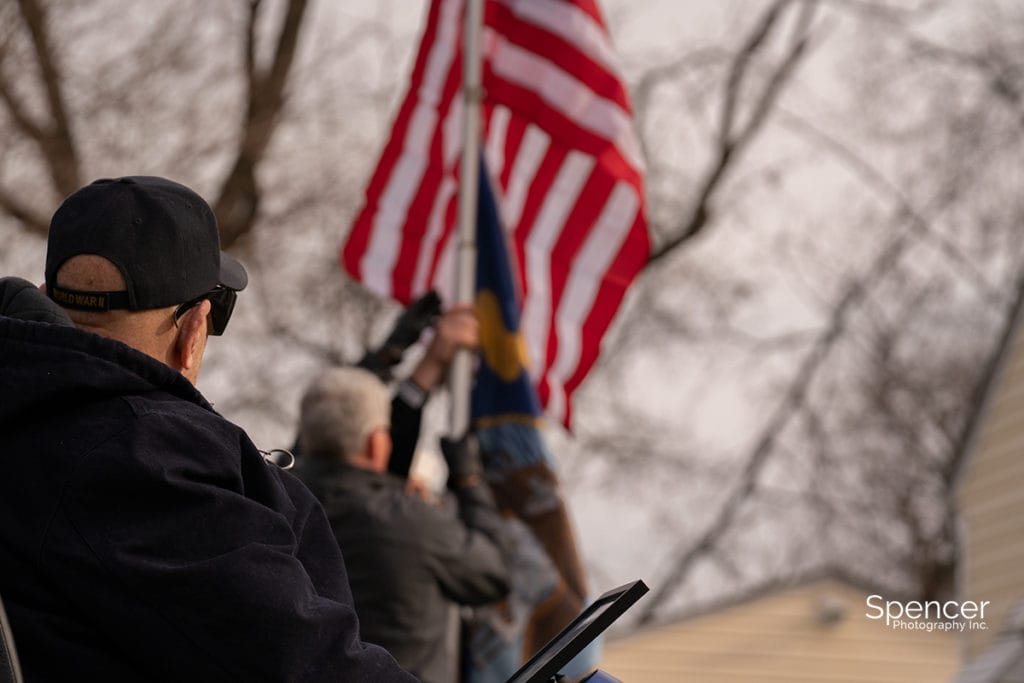 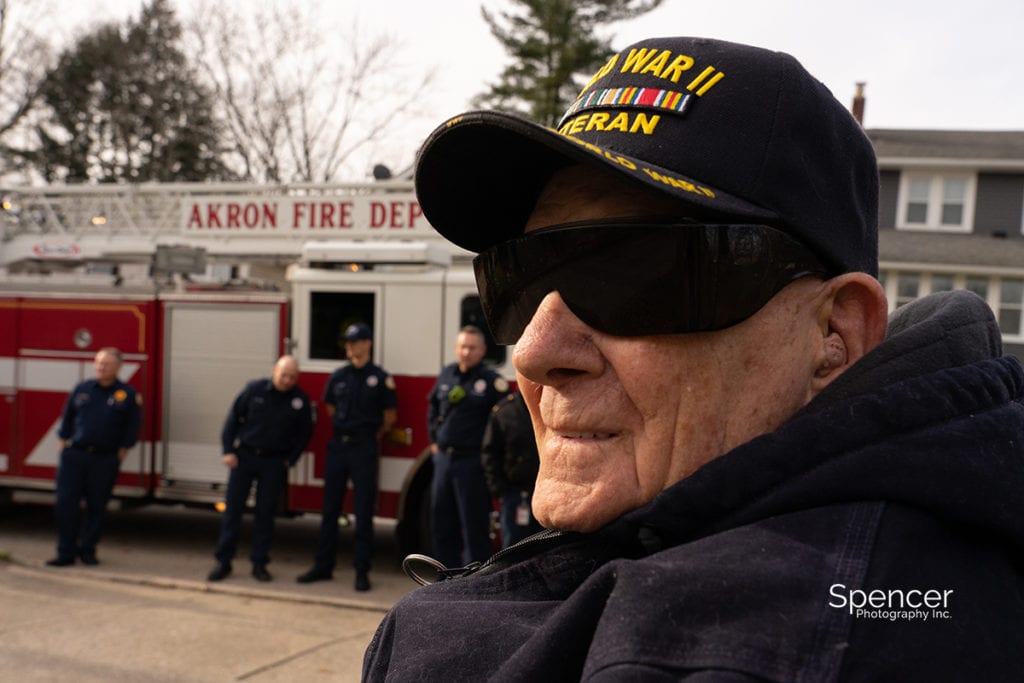 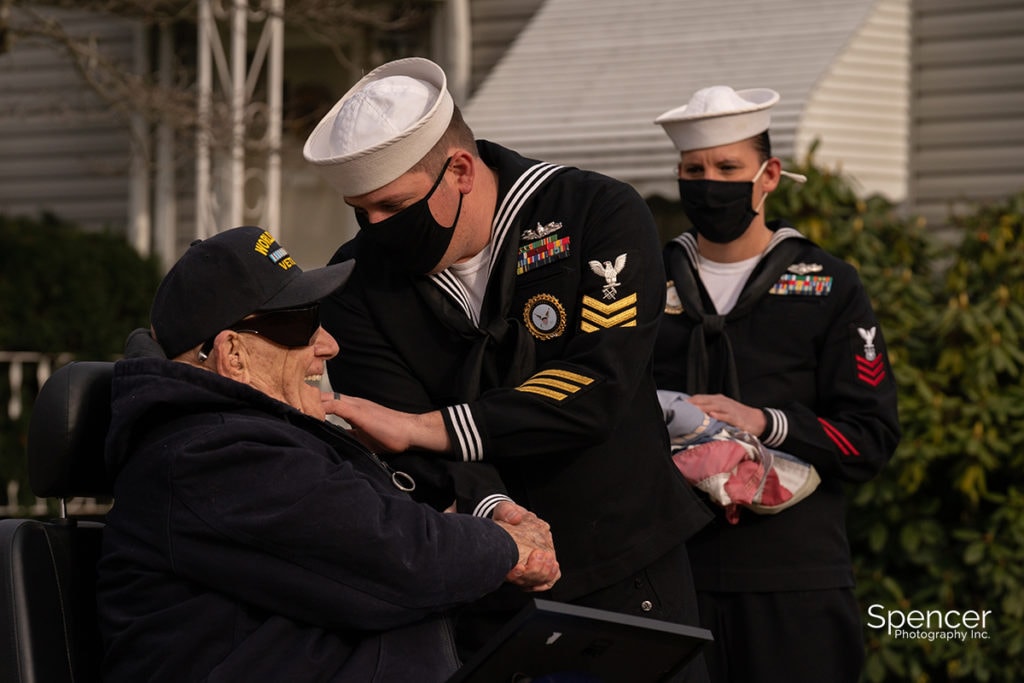 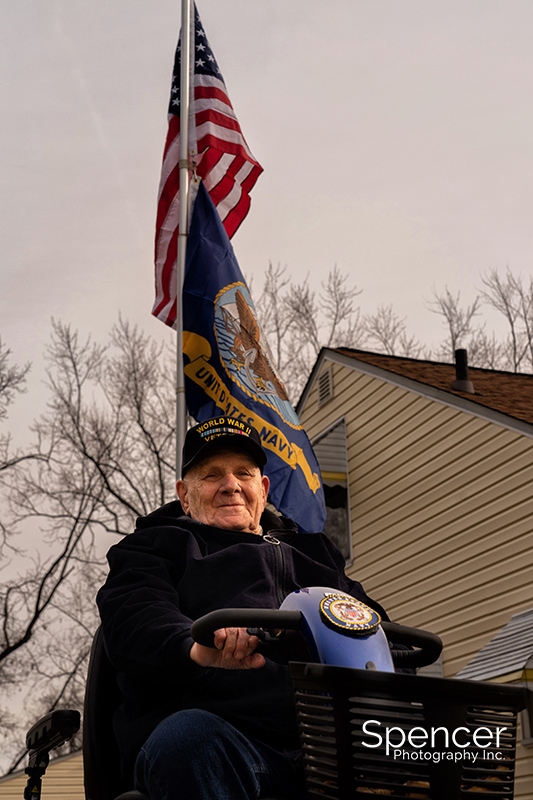