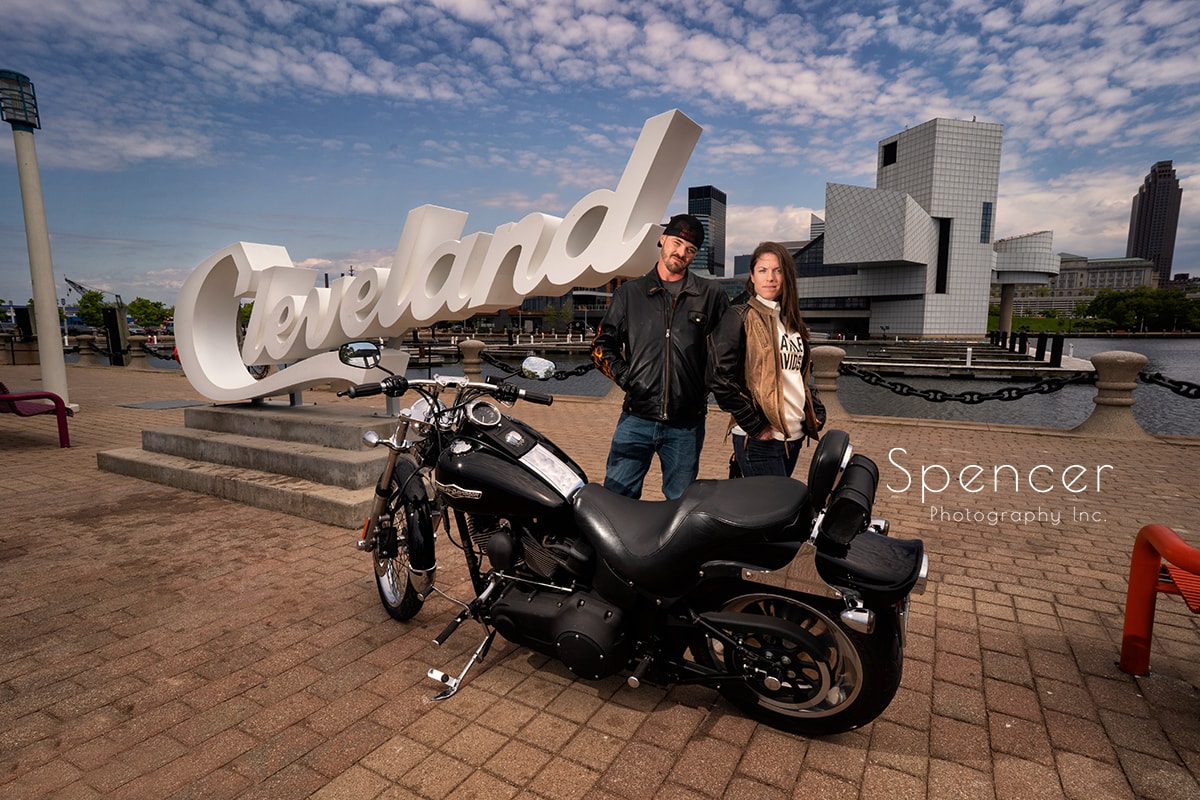 Mark and Amelia wanted some of their engagement pictures with a motorcycle. Not only that, but they wanted a picture with the motorcycle in front of the Cleveland sign in Voinovich Park. No easy task.

Mark and Amelia own a 2007 Harley Davidson Night Train, a beautiful, black beast that was in production between 1998 and 2009, according to CycleChaos.com. After some fun pictures with their dog, we pulled the bike in and quickly (very quickly) got to work. Not only is it frowned upon to take vehicles to this location, but there is always a line of people waiting to take pictures with this new icon.

We were prepared though and created, what I consider, some pretty nice engagement pics. We then proceeded into downtown Cleveland for more pictures.

Engagement Photos with a Motorcycle

After the picture in Voinovich Park, we headed into downtown Cleveland for more pictures. We had an awesome motorcycle so we decided to keep on using it. It was a bright sunny day, so the sunlight was our main light source.

Mark and Amelia did great. I’m so happy that I’ll be photographing their wedding at the Grand Pacific Hotel and a few, short months.

Here are a few of my favorites from their Harley photo session. 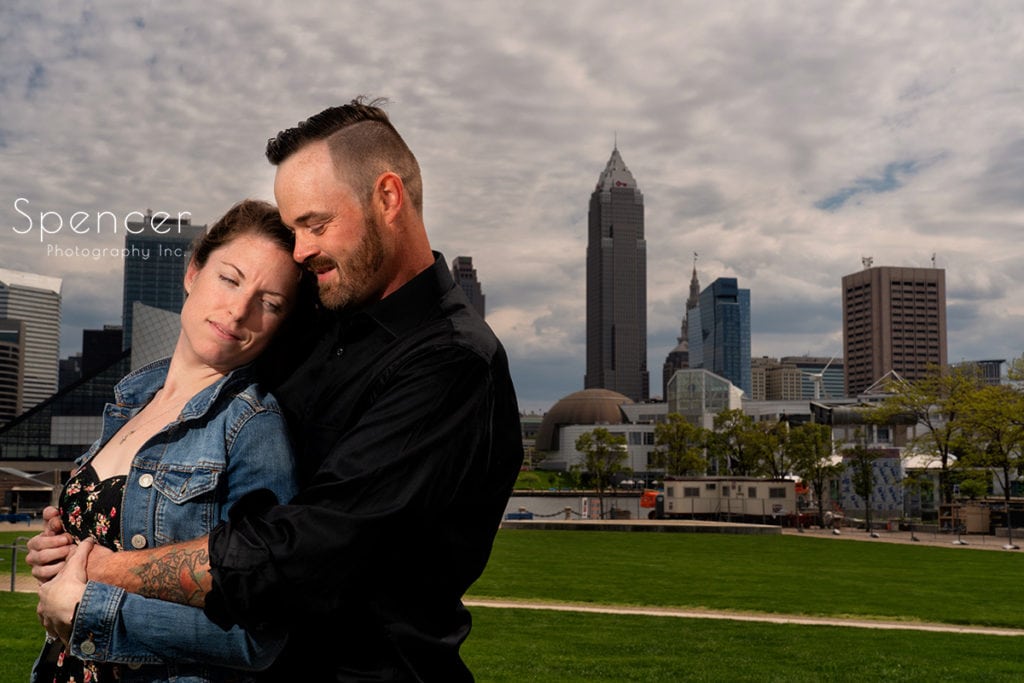 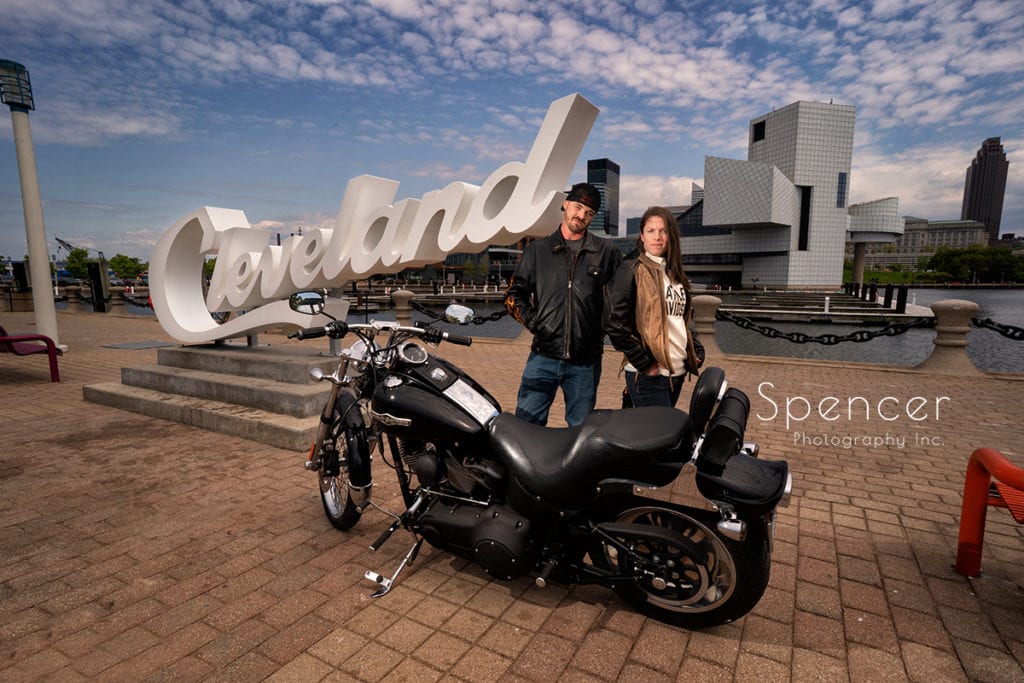 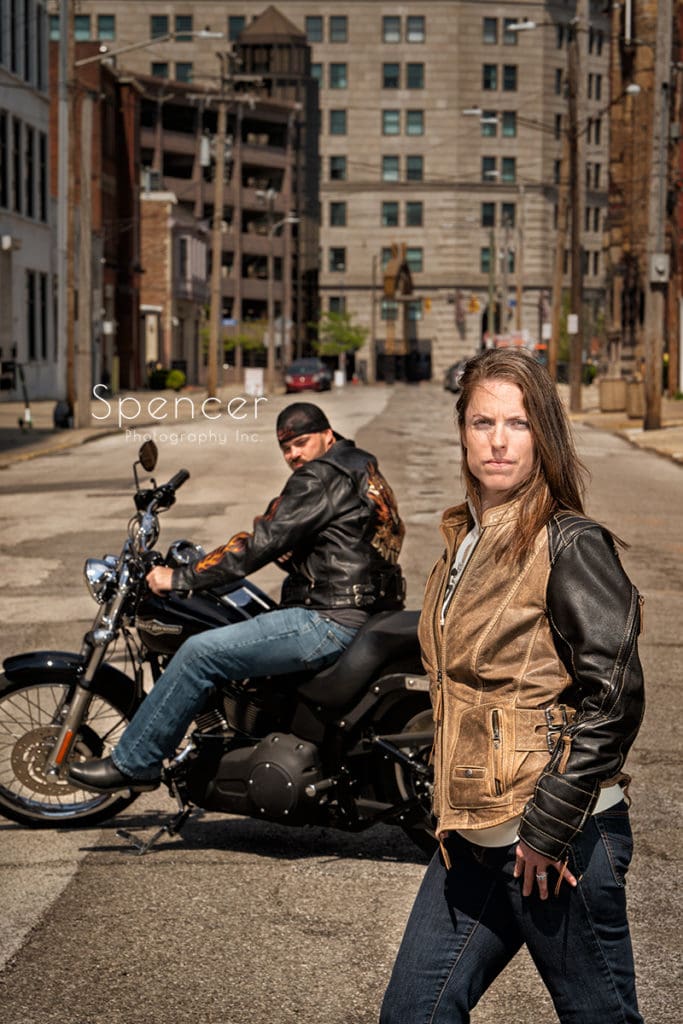 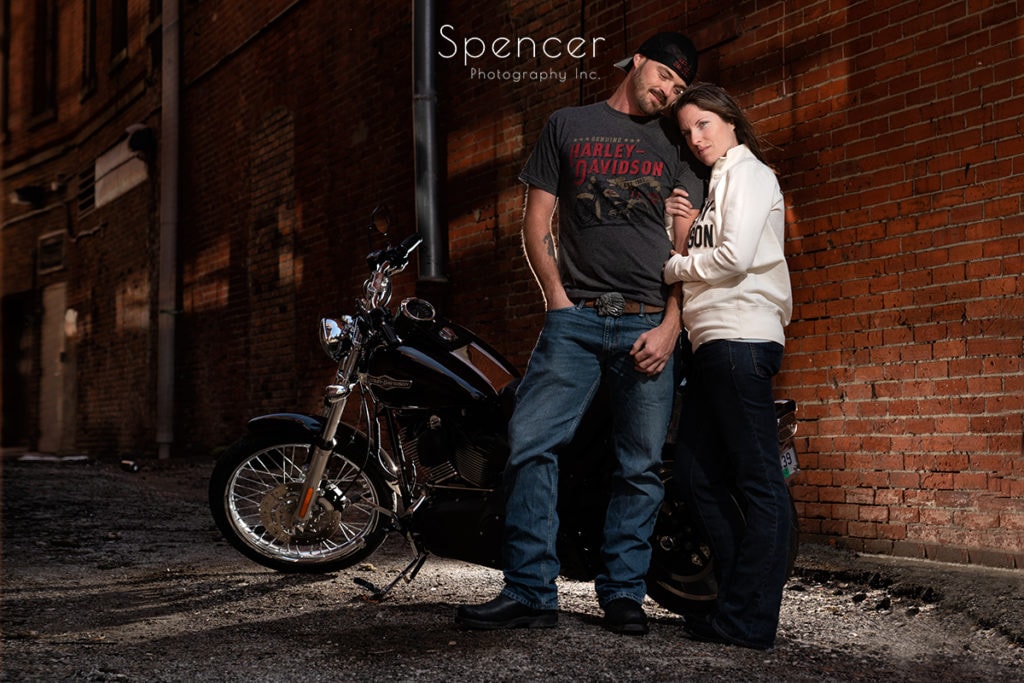 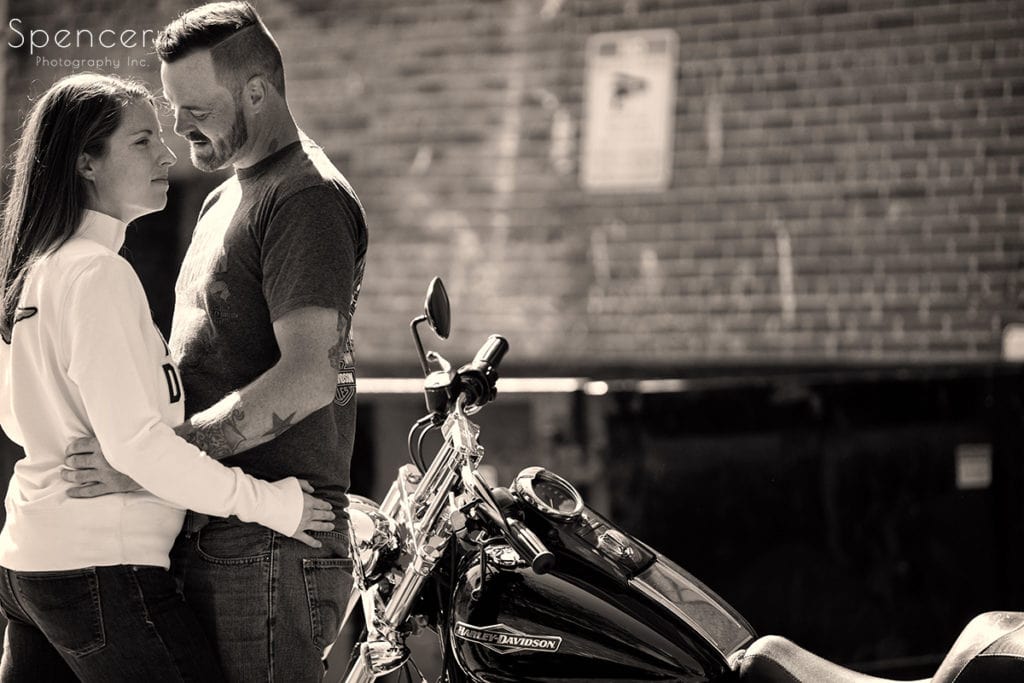